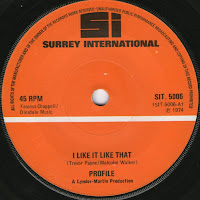 Mystery Junkshop time…Perhaps from Kent comes this fun suggestive number, somehow I think of an under-produced Boston Boppers demo. Although it could have definitely done with some more meat in production and delivery, I still  feel it has enough going on  to warrant inclusion here. The B side is just novelty without the edge. Both songs are credited to Trevor Payne/ Malcom Walker. Is there a story here? Surrey International was an eclectic label for sure, generally releasing foreign material under license (Reparata’s Shoes or Offenbach’s Judy in Disguise) for a limited period. But who knows what this release is doing here…

Posted by Robin Wills at 7:06 pm No comments:

Dark Side of Your Face -MYSTERY SOLVED!!!

The amazing track credited to Gabriel Ratchetts on the Casting The Runes (Do What Thou Wilt II) Compilation is in fact by none other than Laurice/ Laurie Marshall/Paul St. John (Grudge, Spiv etc...). For those who haven't heard the song, it's a stupendously haunting performance ....It was found on one side of an unnamed emidisc acetate, see the full story below. Amazing...

In 1973 I was working as a talent scout and as a writer with Pye Records in London. I often paid for private session so that I could perform my own songs aimed at various artists in England and the USA.
The Dark Side Of Your Face came about when I was fortunate enough to record three songs one evening at EMI studios in London. I had been recording all evening with a band, and The Dark Side Of Your Face was the last song I had to perform. This was all my own material. I actually recorded that high pitched voice you hear in the background on the recording. Yes, it was all me !
By the time I was ready to record the main vocal, not surprisingly my voice was cracked and tired. However, it appeared to suit the song so I just went with it. Up to that point I had never recorded anything quite like that before, so it was a very different sound for me. And I did a lot of recording in those days, as I was also a session singer at many of the main studios, including Abbey Road, where I often recorded, in Studios 1, 2 and 3.


The EMI studio I recorded The Dark Side Of Your Face at was a very large studio. So it was perfect for capturing the bleak, desolate and lonely ambience of this song, and I am very proud that I recorded it that day.  I brought an acetate of it to North America when I emigrated from Britain. I never did release the song. In those days it wasn't easy to just launch a recording like it is today. There was no Internet or computer home recording studios and you had to have money to even record anything then.
Laurice
Posted by Robin Wills at 12:08 am 1 comment:

Barracudas Live in London on the 17th of March 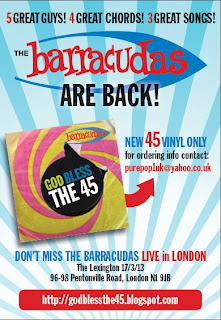 As part of the launch of the new Barracudas single "God Bless The 45", we are playing a gig at The Lexington in London on the 17th of March


Full details on all activities can be found here  http://godblessthe45.blogspot.com  including PayPal button to purchase the single.
Posted by Robin Wills at 2:06 am No comments:

A late wake-up meant limited time available for Brussels, however, a few great finds which justify the madness, namely the Feather single and Stefan and The Wild Boys in its Belgian pic sleeve. An interesting one is the post Warhorse Nick Simper retake of Vanda & Young's St. Louis... didn't know about that one 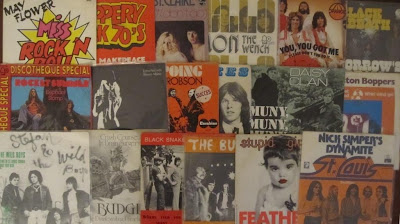 The Collector shop was pretty useless. I am amazed how people without a clue or passion about music can run a collector shop, but I still found a few singles (including The Skid not pictured) and reasonably priced Nazz LPs (include a red vinyl Nazz Nazz). Most of the finds were at Jukebox which is quite a vibrant shop, on the verge of being expensive, however The Feather single slipped through! 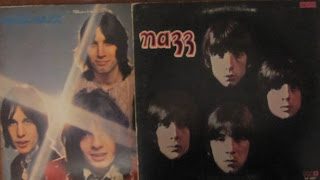 Tomorrow (well later today), I will be checking out The Reading Record Fair (Berkshire), not expecting to find anything much as usual...

It's Friday, so this must be Belgium. I had heard much about a couple of shops in Antwerp, so I finally went there today. The 2 shops Chelsea Records and Record Collector  both have a huge amount of stock, but whereas Chelsea's boxes are well organised and easy to enough to access (well you do need a step ladder for the top ones), Record Collector's 45 boxes are one on top of another and much of it is unsorted, so a bit of a daunting task. Chelsea Records is also much more friendly and has real soul. A wonderful place for the vinyl nut.

Anyhow picked up about 60 singles and 1 LP in about 3 hours of digging, including penty of spares for exchanges and a future ebay listing, some unknowns to discover and some old favourites -Dutch Butch Things (Billy Hamon), Slowload (Big Boobs Boogie) and much more, so have a squint and check out the stuff below... 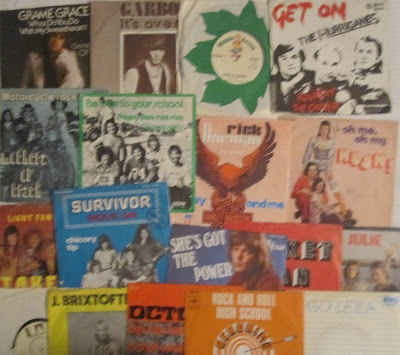 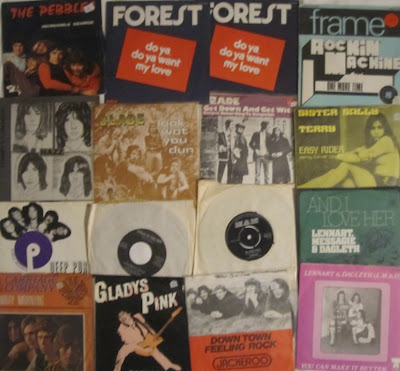 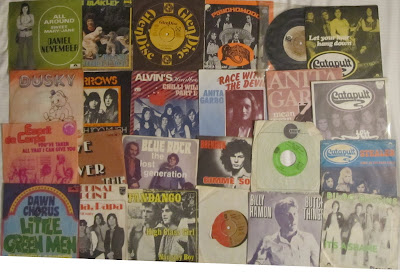 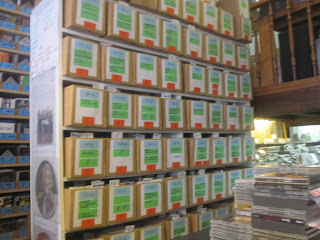 And 1 LP. The orginal German Decca issue of the 1st UFO. A nice copy and 10 times cheaper than the UK Beacon issue 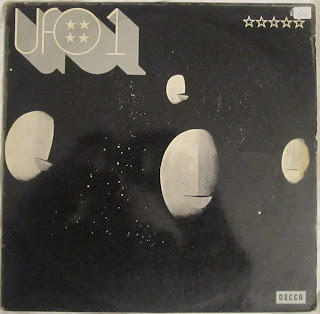 Posted by Robin Wills at 8:17 pm No comments: 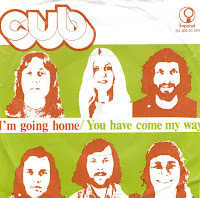 Most likely the best single released by CUB (Continental Uptight Band) and definitely the weirdest, I’m Going Home is an unusual quirky vehicle for an anti-war themed number. Starting with strange vocals up there with The Monkey Song (Douglas), the song then thumps and thuds along its unusual path. It has a bit of John Kongos about it in a dirgey pseudo Glam sorta way and tries to be commercial with its chant-like chorus but remains fully grounded in a morass of sheer bizarreness.