Silver –Serpent in The Street 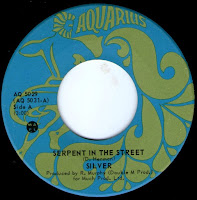 The Henman brothers were always my favourite April Winers, with David Henman writing some of the best riff-led numbers on their first 2 LPs. Leaving April Wine in the middle of the recording of the Electric Jewels LP, Dave and Ritchie formed the one-off Silver as a temporary outlet prior to forming The Dudes with Bob Segarini (Wackers) and a couple of Mashmakan guys. It appears that Serpent in The Street was to have been included on Electric Jewels and features the full April Wine line-up. It’s a surprising number, being quite an elaborate fusion of Glam, Hard Rock with some unexpected twists and turns once the tune gets going. There’s also some top guitar riffing and soloing By David Henman. The B side is OK but more mundane.

Hear a full version of Serpent in The Street 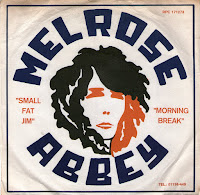 Melrose Abbey came from Vlissingen (NL) and were in existence between 1970 and ’75, but didn’t get much further than the odd support slot with Kayak or Focus and recording this single. Small Fat Jim is a driving Rock n’ Roll Boogie work out where the original power trio is augmented by some keyboards. It is all pretty brainless and pleasingly basic. The B side is a slow smooching instrumental of limited interest.
Hear a full version of Small Fat Jim

Posted by Robin Wills at 5:40 pm No comments:

Sleepy Hollow –Take Me Back 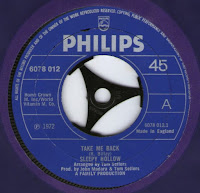 Surprisingly, Sleepy Hollow was not a UK band, but hailed from Philadelphia with this sole UK release. Fitting nicely next to early 70s Philips releases such as Fresh Air or Rocking Horse or more appropriately Nimbo (also a US band on Pye), Take Me Back is a fine slab of early 70s Purepop with more than a strong hint of Beatles with a Raspberries twist. Sleepy Hollow also released an LP (US and France) from which this track is pulled. I haven’t heard the LP, but it would be interesting to see how far it goes beyond being an ersatz Beatles effort

Hear a full version of Take Me Back 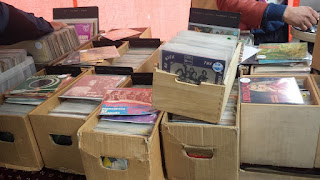 One of those spur of the moment things…Receive notification email about the fair one day, when merry on wine a smartphone on hand and pronto a cheap EasyJet return flight with a 6am departure is booked…
Hoorn is a picturesque Dutch town north of Amsterdam on the shores of the Ijsselmeer lake (well it used to be the North Sea, but those crafty Dutch subjugated it). Once a year the Utrecht record fair people (who also have record shop Dropstyle) organise an outdoor fair that curls around the City centre with over 75 dealers in tow. There was a good turn out of dealers, with some Utrecht regulars along with more opportunist dealers. I must have gone up and down the fair 3 times, and although mainly Dutch dealers, there was an abundance and a good variety of items and mainly on vinyl. So the catches, some great new discoveries including… 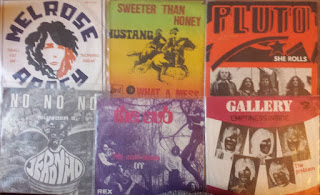 The phased out Heavy Psych of The Sub https://www.youtube.com/watch?v=PV0f3Fls6zg


Another great one is Holland’s Gallery with The Problem. https://www.youtube.com/watch?v=bUxhcy5KCcE


More Lowland heaviness with Jeronimo’s No No No


No sound clip, but the crunching Heavy Boogie of the Crunching She Rolls by Pluto is also pretty cool


And the rest of the bunch? Of particular note is the late (Dave Allen and) The Arrows exercise in heaviness with Little Big Horn 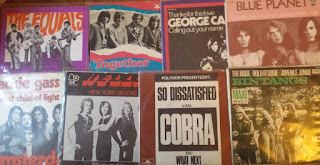 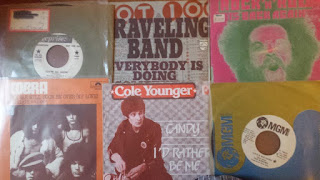 And 1 LP. The  Dutch issue of the second Sir Lord Baltimore LP. Although an uneven affair that pales next to their first outing, it features a wonderful one-off cover that better fits the band 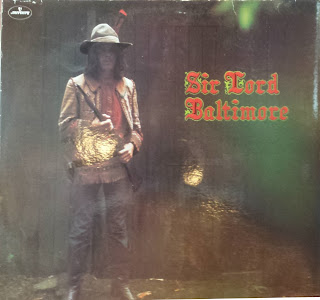 Anyhow it was a fun day trip, felt pretty knackered coming back. Would I return? Yes, but more likely as part of a record shopping trip checking out other shops in Holland and Belgium. As proved here, there are more lowland lowlife 45s to be found. 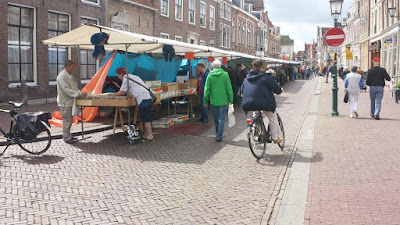