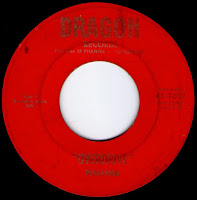 
A bit of a change of focus this time… I am pleased to have made the acquaintance of “The Digger”, a long standing legend in the record collecting world. The last few months have been filled by a mass of back and forth emails with tips, recommendations (records and film) and the odd transatlantic swap-shop session. I am now in serious debt and full of gratitude to him for sending me his copy of this highly rare and heavy single which got the ball rolling and led to the “discovery” and original reissue of their sole album.  The copy is rough, and although the crackles add authenticity, I am very open to someone finding me a pristine copy one day!
Overdrive is a Killer Hard Rock/Heavy Psych performance and initially reminded me of a long lost 4th Seompi single


You can find the story of Phafner elsewhere, so what follows, in his own words, is a tale of tracking an act down in a time before the Internet and social media. I am pleased to say that the Digger is still active digging stuff up , often relying on his pre-Internet sleuthing skills for his searches to reach their goal. Over to you Digger…

For private hard rock LP fanatics/collectors, Phafner's original 1971 miniscule pressing of their self-released 'Overdrive' album has been the definition of 'holy grail' since Rockadelic's reissue back in 1989. Although it was 17 years after the fact, the story of how the band was even located has never been revealed - until now, that is:


I am a hard core/long time midwest 45 vinyl digger, and I was flipping thru piles of 7" discs at a flea market in Tulsa, Oklahoma, circa 1987-1988. Amongst the thousands of dusty records I handled that day, one that caught my attention was a pounded copy of, what was, to me, a total unknown: Overdrive b/w Plea From The Soul, on the Dragon label, by a band named Phafner.  Though I  had a no idea what a Phafner was, I decided it was worth spending 50 cents to find out what this mystery single sounded like. I was particularly intrigued by the caption underneath the "Overdrive" song title - (taken from the 'Overdrive' LP).


After returning home &slapping the 45 on my turntable, I realized the sound wasn't really my bag (being an anal, narrow minded 1960s garage rock purist). But I did know it was right up the alley of his pals in Texas, Rich & Mark, of the Rockadelic label. A phone call to Rich revealed that this band/record was unknown to them. At the time, these 2, along with Paul Major on the east coast, were the undisputed kings of private indie U.S. rock & psych albums from 1968 onward. So for them to not be familiar with this, it meant this had probably not circulated at all in record circles, so knowledgeable & connected these guys were. Rich suggested I try to search out the band members.


With little information to be found on the record's labels (no address, city or state), I  wasn't sure where to begin. Since the record turned up in Tulsa, my immediate speculation was that they were of Oklahoma origin. The publishing info on the label: had Buckskin Music (BMI). Now from experience, I knew that the majority of the time that music publishing companies listed on private labels were either: a.) long defunct, having existed only for a short period of time while the artist was active, or: b.) never even existed at all, they were simply printed on the labels to give the impression the artist/label was 'professional.'

Lo & behold; a call to BMI revealed that Buckskin Music was still an active affiliate &, even more amazing, the contact information (name/address/phone #) was up-to-date. For whatever reason, the Shultz brothers had kept current w/ BMI & as it turned out, they resided nowhere near Oklahoma - as Marshalltown, Iowa was the former group's stomping grounds.


After a couple of phone conversations with ex-members, I purchased an original copy of the LP from one of them, which turned out to be the first copy in the vinyl collecting world. Passing it on to the Rockadelic pair, who were immediate fans upon hearing it, they set about putting out a legal reissue (minus 1 track from the original & adding 2 others, including the non-LP 45 flip, "Plea From The Soul") which hit the streets in 1989. This limited, tiny pressing of 300 sold out immediately.

At some point in time I purchased a 2nd copy of the album, from another ex-member - and this copy was STILL SEALED. That's right, folks, there was indeed one flawless, never been played copy that traded hands in the record collecting world, approx 25 years back. Where is that copy today & is it still in sealed condition? That's the 21st century Phafner mystery, so modern day sleuths, get to work & try to find it.

Incidentally, it's unknown how many copies of the 45 were pressed & how many are in the possession of collectors. I am only aware of 2 being known in collections; odds are it too was pressed in very tiny quantities, 25-50 would probably be a reasonable estimation. (One  now proudly resides here in the UK!)


An update to the Phafner story - in late 2015, the band was nominated to be considered for the Iowa Rock & Roll Hall Of Fame (IRRMA - Iowa Rock& ;Roll Music Association), which has been in existence since 1997, and includes hundreds of small name/no name home state nominees that never even recorded, probably never wrote original material & were barely popular only within a 100 mile radius of their hometowns. Needless to say, Phafner did NOT make the cut & are not in the 2016 inductees class. Pretty incredible for a band that wrote & recorded originals, are now known & revered by collectors worldwide, whose album has been reissued several times & the original is now one of the most valuable vinyl artefacts of that era. What does that tell you about the IRRMA??

Pelican Peace Band –Take it off 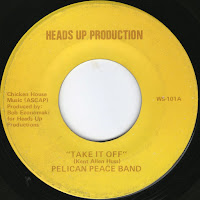 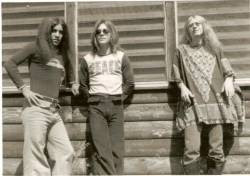 Note: Purepop may be changing. Blogs have to move with the times with many people now accessing the site through phones and tablets, so posting the sound clips on Youtube may be the way to go. So I have started my channel, let’s see how it works, feedback most welcome here or on Youtube itself

Hear a full version of Take it Off 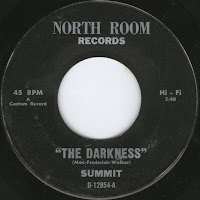 Monster proto Doom from Summit. Now it has been mentioned that it owes some to Factory’s Path Through The Forest and it certainly shares a similar monotone drone effect with machine-like drumming,if you ask me, you can also throw in a bit of Pere Ubu for good measure, but this one goes full downer without reprieve. It’s heavy dark pounding number with an amazing lead fuzz guitar break from the guitarist (who was only 15 or 16 at the time!). The lyrics allude to Amazon warriors, but remain pretty cryptic. The B side is tribute to Brian Jones and was sung and performed by the bass player. It’s a stripped down basic affair and a nice counterpoint to the A side.
Summit was never an actual band, just a bunch of kids who got together to jam, but still managed to record these 2 songs in September 1969 at Damon Studios in Kansas City. 3 members were from Clinton, while the guitarist had to commute from Sikeston, which was quite a trek and perhaps explains why they only played ever played one gig.
A self-release, North Room refers to their practice space, which was the north room of the basement in the bassist’s house… A bit thank you to Mark P for the thorough detective work!

Hear a full version of The Darkness

Hear a full version of Thank You Mister Jones