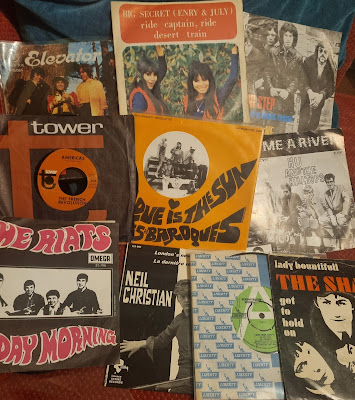 So today I returned to the Jaarbeurs in Utrecht instead of a 3rd day at the Den Bosch fair. Utrecht is half way between Den Bosch and the airport, so made a stop over for old time sake

In truth I had rumours that there would be some records as part of the general collector fair. I was even told that one dealer had 100.000 record on show

Well that was true on both counts. One area of the fair was taken over by a gated area where there were at least 100K records. However the whole approach was more like a supermarket/ prison, the staff all wore the same branded tops and what about the records?  Well... 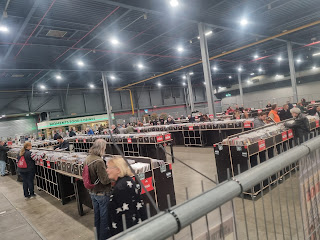 I spent about 20 minutes going through the alphabetised singles, went from W to S and found ZILCH

It was mainly 80s stuff, totally over-priced and crap that should be destined to landfill

Leaving the area in disgust, I then stumbled upon 3-4 dealers scattered around the main hall and found some nice stuff

Of particular note is The Riats. How did a Dutch band n 1967 end up recording 2 Velvet Underground tunes from the first album.

Although I missed the emotional and social buzz of Utrecht fair when  I was at Den Bosch, I will reserve judgement in term of its merit and how special it might become. Change is never easy, so let's see what happens in November 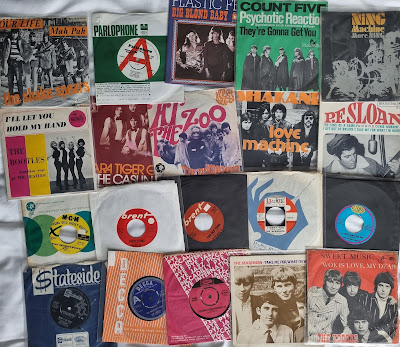 The fair got pretty busy on the first day open to the public, but I had 3 hours before the masses descended on proceedings. As mentioned the new location makes the fair feel roomier, but it feels a bit weird. At Utrecht you knew instinctively where every regular dealer stalled out, now we start again from scratch.

Some nice finds today all nicely priced. Top of the bunch might be The Danish Koobas with the exclusive B side. The Searchers EP is a UK issue and a real tough one to find. 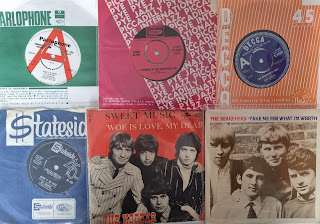 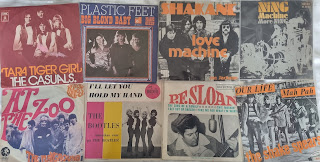 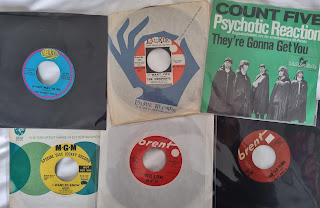 Posted by Robin Wills at 5:15 pm No comments: 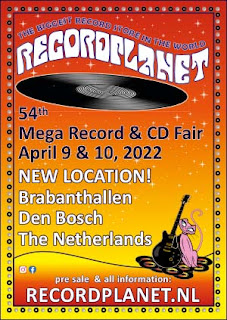 Due to the COVID organisational mayhem that took place last November, the Utrecht record fair is no more, but has been reborn in 's-Hertogenbosch (Den Bosch)

If anything, It could even be bigger now with 500+ dealers on show with the fair taking places across 3 halls, it definitely feels roomier. However due to Brexit and new EU VAT requirements most UK, Japanese and some US dealers are no longer present.

Utrecht was a special experience that went beyond just buying records, it had become one constant source of joy these last 20 years (for me). It is too early to say if the move has been truly successful, there is a long heritage and so many memories which were synonymous with Utrecht…well, change is always good they say…

Back to the records.

Quite a good day 1. No top monsters, but a fine array of 60s stuff with a high percentage of US 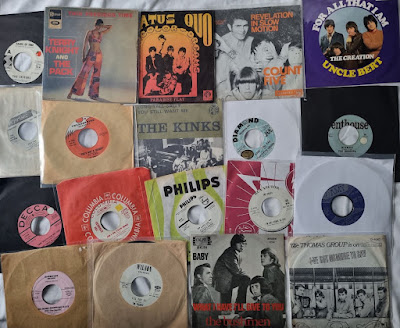 One new discovery was this single by The Weeds (not the same band as the pre -Lollipop Shoppe ones). A  great moody single that sounds rather relevant today… 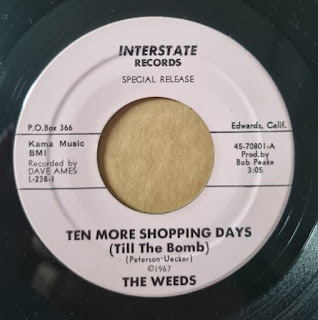 Posted by Robin Wills at 8:41 pm No comments: 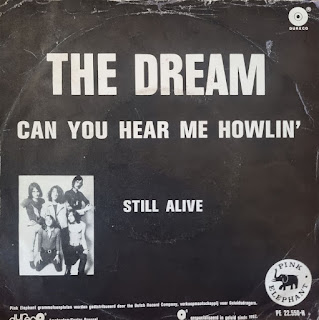 The Dream from Tiel (NL) were an outgrowth of Psych band Mother’s Love – who released an album and 2 singles on Havoc (1967). As The Dream they recorded 3 singles, with Can You Hear Me Howlin’ being their last effort. Although their other singles were at least commendable, this B side is really something else. The performance cuts and spews over it’s sublime 1:07 length. While others are getting high and eating chocolate bars, they proclaim living on speed and energy which partly explains all the spouting Jagger snottiness and power feedbacked guitars. It’s an amazing tour de force that stands out from the patchouli scented Dutch underground and meandering flutes

Note: This is the single version, other clips on Youtube seem to be from later compilations which include a longer drum intro which detracts from this succinct and more focused effort