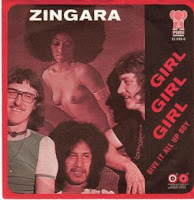 Girl Girl Girl is another heavy Glam Cruncher from The Netherlands. Zingara came from Coevorden and the line-up originally featured 4 members from Hartung Sound. After their first single (Mary Lee/This world - Pink Elephant 22.635-H) Richard Hartung left the band and the remainder of the group issued this single before splitting up for good. Although the tune itself holds few surprises, it’s a good foot-stomping performance suitably Neanderthal in attitude.

Click on title for a soundclip of Girl Girl Girl
Posted by Robin Wills at 6:38 pm 1 comment: 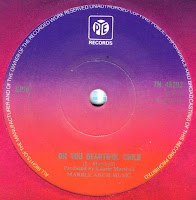 Oh You Beautiful Child is a great example of the perfect Glam Cruncher with its slap-back compressed handclaps, cutting lead, catchy hook and exuberant vocals, it’s up there with the best. Little Child starts off like Dear Prudence but then turns into this Radio Birdman/ New Christ styled rocker with the vocalist sounding uncannily like Rob Younger! The single was produced and the A side written by Laurie Marshall - the same guy who was behind Grudge’s When Christine Comes Around/ I’m Gonna Smash Your Face In, Paul St. John (The Flying Saucers Have Landed) and Weeny Bopper (David, Donny And Michael). If anyone knows Laurie I would love to hear from him (email through my profile page). Laurie Marshall also released some Disco stuff, but I’m unsure if it’s the same person.

Click on title for edits of Oh You Beautiful Child and Little Girl
Posted by Robin Wills at 12:18 pm 3 comments: 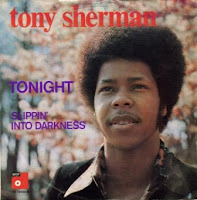 Tonite from Stumblebunny –While You Were Out LP –Mercury 9198 135 (1979 French issue)
Tony Sherman –Tonight/Slippin’ Into Darkness –BASF 05 15455 0 (1974 NL)
The mystery to be cleared up here is how Tony Sherman had a hit on Holland in 1974 (number 11 in the charts) with Chris Robison’s Tonite which I originally thought first appeared on the Stumblebunny EP released in 1977 (see August 9th 2007 posting). Both version are credited to C. Robison and they are definitely the same song. I’ve uploaded a clip of the later 1979 Stumblebunny LP version produced by Richard Gottehrer. All 3 versions make one thing clear –the song is a total classic whichever version you pick.
Chris Robison’s website http://www.chrisrobison.net/index.html mentions the possibility of a CD release of the Stumblebunny stuff and it would be great have this stuff out as the album contains other ace Power Pop tunes including Walk Away and Knock’in Around.

Thanks to Jos for pointing out the Tony Sherman release and for sending me a copy!

Click below for edits of Stumblebunny’s Tonite and Tony Sherman’s Tonight
Posted by Robin Wills at 2:31 pm 9 comments:

U.K. Jones –Let Me Tell Ya / And The Rains Came Down (The Mike Berry Story Part 1) 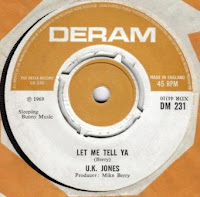 I had the pleasure of meeting up with Mike Berry recently. I had to hook up with him as I kept noticing his name on so many great “lost” singles (Ning, The One Hit Wonders, Small Wonder , UK Jones, Boneshaker, Biggles etc…). Mike Berry is not the same Berry as the “Are you being served”/ Tribute to Buddy Holly guy, nor is there any relation to Dave Berry or Chuck for that matter…Mike was a radio DJ, publisher (Sparta Florida and Apple- he signed Badfinger to Apple publishing), songwriter, producer , singer and overall music biz mover and shaker. For a Beatles overview of his career check out: http://triumphpc.com/mersey-beat/beatles/wordsofwisdom.shtml
Mike is currently working as Executive Producer on a series of programmes on UK labels for Capital Radio. Over the next installments, I’ll be uncovering some of these lesser known gems, starting with:

Let Me Tell Ya has been referred to elsewhere as being the first ever Glam number and although it features handclaps and HEYs, this single is so much more than that. It’s a riotous performance with the same exuberance as found on Mike’s One Hit Wonders CBS single (Hey Hey Jump Now/ Goodbye). The tune is simply the mother of all hooks, the gang-show vocals give it a Frat Rock/Party feel and the driving beat hurtles along relentlessly. The key change at the end is a great touch –perfect and all so simple.
And The Rains Came Down is also really special and is like nothing else I've ever heard . It has this HUGE Gold Star drum sound, a wonderful upbeat bubblegum chorus and very LOUD thunder and rain effects.

Mike Berry: A lot of these singles were recorded quickly at the end of sessions. It was my release at the end of the sessions, to get the session men or band members and say “let’s do this, let’s do that” in the hope that something might happen. When I did the U.K. Jones single, it was while I was doing sound-alike records for a label called Reditunes. It was recorded at R.G. Jones in Morden. We were experimenting, trying to get the sounds that the Americans were getting. The influence of R.G. Jones was unbelievable as he taught me a lot in how to get those sounds. The name U.K. Jones came about because we recorded at R.G. Jones and I’m from the UK –it’s as simple as that! 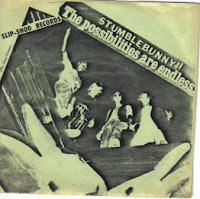 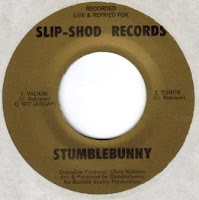 Tonite is simply a top draw Power Pop tune. While less glossy than the later Mercury version produced by Richard Gottehrer, it’s a fine rockin’ performance and sounds like The Raspberries or Dwight Twilley if they had recorded for Titan (well to these ears anyway…)

Click below for a full version of Tonite
Posted by Robin Wills at 3:19 pm 10 comments: 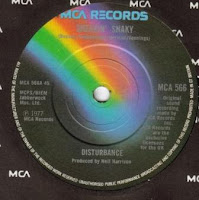 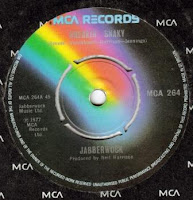 Sneakin’ Snaky is one of those out-of-nowhere songs and performances. It’s part PRAM/New Wave with a touch of The Small Faces (the Artful Dodger vocals). The song builds nicely until the chorus kicks in…and what a chorus it is! It will sweep you along and is so damn catchy that it will never leave you. The version released later by Disturbance is simply a remix with added keyboards. It’s also great, but the Jabberwock mix is more powerful and just has the edge

Jabberwock were Neil Harrison (ex-Driftwood, k/gtr/v), Giz Van de Kleut (b), Chris Reeves (v/gtr, ex-Rock Candy), Pete Jennings (k, ex-Cressida) and an un-named session drummer. Chris Reeves was also playing with The Dyaks; Van de Kleut and Pete Jennings also took part in a May 1978 recording session intended for a second Dyaks single. Neil Harrison issued solo singles 78-79 (?). The group had split before the 1980 release of the remixed versions of the two tracks. Chris Reeves then recorded with Mystere Five's and released a solo single (assisted by Peter Jennings) on the Y label.

Thanks to Steve at Lowdown Kids for the background info

Click below for edits of the Jabberwock and Disturbance versions
Posted by Robin Wills at 11:47 am 1 comment:

Just got back from a few days days in Brussels and yes, I just happened to stumble across some record shops when I was there... It was nice to see so much vinyl still being sold within a City centre. There was quite a lot of dross to get though and I didn't have the time to go through everything, but a couple of shops had some good stuff that was easy to spot(Jukebox and Collector)
It was a mixed bag but some of the finds included the following in pic sleeves:
Hector -Wired Up/ Bye Bye Bad Days (French )
The Smoke -My Friend Jack
Clique -Superman
Trems -You Can't Touch Sue
Teddy Lane -Do The Rock The Rock 'N' Roll
Milk 'N' Cookies -Little Lost And Innocent (French)
Shakane -Love Machine
Plastic Feet -Big Blond Baby (Belgian pic sleeve different from the Dutch one)
Doc & Prohibition -Generation

Plus a US 4 track EP from Stumblebunny on Slip -Shod Records ( 1977 -2 years before the LP), a Robin Goodfellow UK Demo on Dawn plus more Cardinal Point, Arrows and other pic sleeves
Posted by Robin Wills at 12:23 am 5 comments: 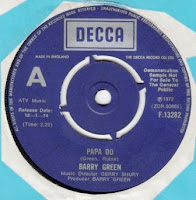 Barry Green is in fact Barry Blue and both sides of the single were co-written by Rubin (AKA Linsey De Paul). Papa Do is a fun commercial ditty, but with a nice fuzz part and engaging heavy pounding . Lynsey also released the song, but the ultimate killer version can be found on Cardinal Point's LP (Philips) where the performance is a dead ringer for Galahad’s Rocket Summer (Bell)

Click on title for an edit of Papa Do
Posted by Robin Wills at 12:20 am 2 comments: