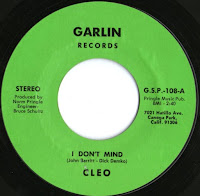 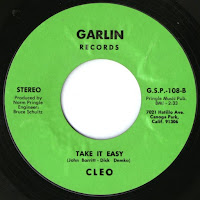 Apart from a link to a Van Nuys newspaper article from 1973, there is zilch in terms of information on this one. Its total obscurity doesn’t increase its musical merit, but both sides are rare examples of early 70s Beat updates, however its Californian provenance soaks up the prevalent atmosphere of the time while showing similarities with the burgeoning Powerpop ethics of the likes of Blue Ash, or The Raspberries on a national level.


I don’t Mind is the more obvious 60s beat update number, similar to the Poppees, while Take It Easy has a beefier White album grounding with a more contemporary Californian feel in the chorus. Neither tracks re-write history in any way, but are further examples of succinct pop induced ditties of which there are bound to be further examples remaining to be uncovered out there

Hear a full version of I Don't Mind

Hear a full version of Take It Easy

Listened to both of these. Quite pleasant and as you said, nothing to set the world on fire. But equally not deserving of total oblivion either. I wonder if there are any more 45s by this group out there waiting to be discovered.